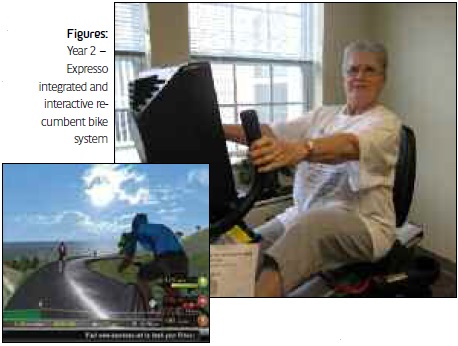 The graying of America will lead to an explosion of the older adult population as the baby boomers begin to reach retirement age in 2011. This changing demographic will bring increased challenges for this segment of the population and society as a whole, as the number of persons with cognitive compromise will begin to increase dramatically. While cognitive decline is not automatic with aging, the rate of dementia increases significantly around retirement age, and rises exponentially after age 80.

The baby boom generation is largely tuned in to the possibility of mental and physical decline, and many are actively working to take care of themselves in hopes of preserving their faculties and avoiding descent into dementia and nursing home placement. From learning a new language after retirement, to consuming nutritional supplements at an unprecedented rate, the new 50+ crowd is not planning to take this turning of the clock lying down. Additionally, the boomers represent an important market and savvy businesses are carefully tailoring services and products to match their goals. Take the vast array of brain fitness computer programs on the market which are popular among boomers, but which have questionable efficacy for staving off long-term cognitive decline.

On the other hand, one of the most widely recognized and cost-effective strategies for preserving quality of life into old age is exercise, but this is an often neglected or underutilized as a strategy. There is a substantial and growing research literature confirming in both cross-sectional studies and randomized trials what most would suspect, that exercise is linked to cognitive enhancement, brain health, and even neurogenesis. In 2007, the American College of Sports Medicine and the American Heart Association updated the recommend amount of exercise for seniors, suggesting 30 minutes, five times a week of moderate and vigorous cardio exercise and strength training twice a week. However, research reveals that only 4-14% of seniors exercise at recommended levels.

The question becomes: How can exercise participation be increased among older adults? Researchers have identified a variety of barriers to exercise behaviors, ranging from costs and location, to lack of selfefficacy, discomfort and boredom. With the advent of virtual reality technologies, innovative equipment has been developed that has the potential to address some of these barriers. In particular, being able to explore a variety of 3D terrains while exercising can address boredom, and competing with avatars on the screen can distract one from the discomforts of exercise.

In 2008, with a grant from the Pioneer Portfolio of the Robert Wood Johnson Foundation, through the Health Games Research national program, the Neuropsychology Lab at Union College teamed up with the Exercise Science Lab at Skidmore College to investigate the effectiveness of “cybercycling” for seniors. The cybercycle consists of a stationary bike, paired with a computer such that videogame features become interactive with the pedaling and steering components of the bike. Riders can experience virtual 3D tours of various landscapes including oceanside bikeways, forested trails, and desert pathways; and riders can also compete (or not) with other avatars on the screen. Depending upon the equipment, riders may also be able to compete in real time with another live rider or team of riders. Initially, we piloted the FitClub interactive system, but our older adult sample required a walk-through bike, where they would not have to lift a leg over a center bar. In year 1 of the study, we utilized Netathalon’s interactive riding software on a laptop connected to a recumbent bike. Due to challenges mousing and navigating on the laptop for some novice computer users, in year 2 of the study we switched to Expresso’s fully integrated recumbent bike.

We are in the process of completing the second year of the randomized clinical trial, examining the cognitive, physiological, and behavioral effects of cybercycling for seniors. Participants exercised three to five times week for three months, and were randomly assigned to either ride the cybercycle or a traditional stationary bike. Approximately 100 independent living seniors were enrolled in the study over two years, and approximately 60 participants completed the three-month exercise intervention and pre- and post-evaluations. Participants completed full day evaluations of their physical and mental state, including tests of muscle, bone, and blood, as well as neuropsychological tests of thinking processes such as executive functions, memory, and attention. Preliminary results from year 1 were presented in 2009 at the annual meeting of the Society of Behavioral Medicine in Montreal, and suggest significant cognitive, behavioral and physiological changes. We are awaiting results from the complete sample to confirm the apparent cognitive benefits of cybercycling over and above standard static cycling. The implications of this line of research are exciting, since the potential is there for cybercycling to increase exercise among the aging population and lead to cognitive enhancement along with many other known benefits of exercise.