New Zealand’s Human Interface Technology Laboratory (HIT Lab) is one of the leading centers in the country and internationally acclaimed for its Human-Computer Interaction (HCI) research and Interaction Design (ID) with emerging interactive technologies.

This lab applied toward ICT research focuses on Internet sexual offenders along with other areas in a community-based treatment programme. Innovative technologies such as Augmented Reality, Next Generation Video Conferencing, Immersive Visualization and Human-Robot Interaction are all part of the developing and commercialized emerging technologies. These technologies and research projects are applied in a variety of areas including education, training, entertainment, engineering, and healthcare. They facilitate in adapting the needs of end users and solve real world problems with an end goal of improving the user experience with technology. The University of Canterbury houses cutting- edge research facilities and resources in New Zealand. The University hosts the BlueFern high performance e-research computing service facility made available via KAREN (Kiwi Advanced Research and Education Network) advanced research network. The BlueFern state of art supercomputers feature an IBM Blue Gene/L, IBM Blue Gene/P, and an IBM POWER7 cluster.

Other state of the art technologies and resources include:

The Virtual Reality and Visualization facility known as VisionSpace enables endusers to view and intuitively interact with 3D virtual data in real-time. It features a three-screen immersive stereo projection system with a state-of-the-art 6D tracking equipment. It can be used to show in stereo both 2D and 3D content in a wide field of view environment (120 degrees) and allow groups of people to interact with data using body and hand gesture inputs. High-end spatial sound (or tracked highend audio headset) completes the immersive multimedia experience. This facility can be used for research purposes (user studies, prototypes, applications), development, reviews or industrial projects. 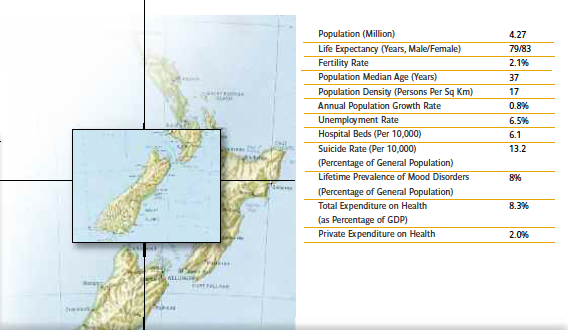 Steps Forward and Milestones in Research

HIT Lab has been collaborating with several international research partners including those in Europe as it is important in research agenda. “Collaboration projects include CALLAS, IPCity, European funded project (FP6) and the MARCUS/IRSES researcher exchange programs.

Andreas Duenser, Research Scientist at HIT Lab NZ, states, “The HIT Lab NZ is part of the Kiwi Advanced Research and Education Network (Karen) which provides flat, unconstrained network capacity optimised for the needs of the research, education and innovation communities. This enables us fast and high quality broadband connectivity with national and international research centers.”

To that, Ian Lambie, Professor at The University of Auckland states, “I am also part of a UK based Internet listserve for professionals involved in fire risk management. This also links me into many folks from around the world who are involved in arson.” HIT Lab engages in projects with national and international industrial partners, academic partners, a large and diverse group of market- leading companies. Partners are among of a variety of fields ranging from academia to software development, most notably, HIT Labs in the US (University of Washington) and Australia (University of Tasmania).

As stated before, the HIT Lab NZ focuses on HCI research and Interaction design with emerging technologies with focus on: Augmented Reality (AR), virtual reality, next generation video conferencing, human-robot interaction and immersive visualization. AR is technology involves seamless overlay of virtual images on the real world with a variety of fields including entertainment, education, medicine and manufacturing. The HIT Lab NZ has been involved with AR research for almost 10 years and is one of the largest AR research groups in the world. “We have been and are collaborating with several international research partners including Europe,” says Professor Duenser. “Collaboration projects include CALLAS, and IPCity both collaborative European funded project (FP6), and the MARCUS/IRSES researcher exchange programs. Collaborating with international partners is an important part of our research agenda.

The Accessible AR project (funded by FRST) aims to develop Accessible AR systems; technology that can run on common consumer devises such as, mobile phones, PDAs and desktop PCs to provide rich AR experiences on a consumer level hardware in a way that is user friendly for people with no special training.

Much progress has been made in AR research and development (tracking, registration, interactive techniques, etc.). However, bringing AR from the laboratory to the end-users is challenging. The purpose of this project aims at leveraging current constraints and overcome challenges to make AR accessible for end users. The target three subject areas are Education, Entertainment and Engineering.

“I think it would be immense and I would be very interested in any partnerships with overseas countries,” says Professor Lambie. “What we have as a country is an immensely strong indigenous population (Maori) who provide a unique and rich perspective culturally. We also have a ‘can do it’ mentality when it comes to doing research and getting things done. This can cut through much of the red tape that often plagues other countries. In addition, New Zealand is such a lovely country to visit that by having collaborative internationally funded projects we would hope that researchers from overseas could visit New Zealand. Finally, the University of Auckla
nd where I work is internationally recognized and well respected.”

The research done by HIT Labs is multidisciplinary by nature, heavily involved in collaborations with other academics and constantly building new relationships. These include staff, students, interns and academic visitors ranging from multiple disciplines including computer science, engineering, psychology, sociology design or arts. This collaborative and multidisciplinary research focus is also reflected in Master’s program in New Zealand. The program incorporates topic areas including User-Centred Design, the development of new interface devices and technologies (hardware and software). All collaborative measures evaluate technologies within the application context and use the study the broader impact of interface technology on human behaviour and society. “I think there are some really interesting fields of children learning to manage their emotions and also giving parents skills to better manage their children’s behaviours,” Professor Lambie states. Academics from other departments and international visitors provide lectures to underpin the multidisciplinary focus.