In past years, research on the use of virtual reality (VR) in pain has received considerable support in Spain due to financial aid calls for research on chronic pain supported by “Fundació La Marató de TV3” in 2007. The consortium formed by the research groups led by Jose Gutierrez-Maldonado (University of Barcelona), Mel Slater (University of Barcelona) and Cristina Botella (University Jaume I) obtained this type of financial aid and coordinate their work in the frame of the project “Development and application of technologically-advanced methods based on VR for attention-diversion, visualization and body image modification, as adjunct analgesic techniques against chronic pain.” One of the main aims of the subprojects of the coordinated project mentioned above is the development of virtual environments for attention-diversion, beliefs modification, body schema modification, mood induction and behavioral activation.

The virtual environments, aiming to provide attention-diversion, were developed by the group led by Jose Gutierrez-Maldonado along with Vicky Rangel, Ivan Alsina, Desiree Loreto, Katia Cabas, Olga Gutierrez-Martinez and Ruben Nieto. Called “Surreal World,” the first prototype was released in 2007. The current version (Surreal World 3.0) allows the user to navigate through virtual environments that recreate Dalí and Miró paintings and focus on obtaining the patient’s attention through interaction with objects that generate surprise due to their surreal features. This research group has also developed an environment that allows the patient to interact with a geometric figure that represents the sensation of pain. The patient is expected to transfer the experience of control obtained with the virtual symbolic representation of pain to the real pain experience. It is hypothesized that these environments can be used as a resource for attention-diversion, for the modification of nonadaptive beliefs and attitudes, for their substitution of strategies more appropriate for coping with pain such as relaxation, and to explore alternative ways of experiencing pain for greater consistency with well being. 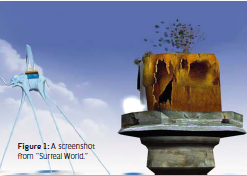 The group, led by Mel Slater and Maria V. Sanchez- Vives, along with Joan Llobera, Ausies Pomes, Mar Gonzalez and David Corominas, seeks to take advantage of the virtual body ownership illusion as a method to alleviate certain types of chronic pain. Building on the results obtained using the virtual body illusion combined with the insights gained from the employment of VR in neurorehabilitation, experiencing the absence of all the signs of pain in a virtual body or limb could result in sufficient neural reorganization resulting in a positive impact on the experience of pain, thereby decreasing it. Furthermore, their subsidiary hypothesis is that the visualization of movement will enhance the actual movement that the patient experiences compared to the restricted movement experienced as a consequence of pain. 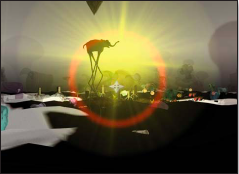 Another group, led by Cristina Botella, Rosa Baños and Azucena Garcia-Palacios, is exploring the use of an adaptive display (EMMA’s world) in the application of relaxing techniques and mindfulness for patients with fibromyalgia as a component of a wider cognitive behavioral treatment program. Azucena Garcia-Palacios has been working in this field for many years, collaborating with researchers of the University of Washington like Mark Jensen. 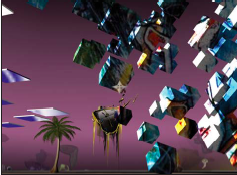 Paul Verschure of the University Pompeu Fabra of Barcelona is conducting research in this field as well. His group attempts to characterize the sensory and emotional components of the responses to repeated pain stimuli in patients with chronic neuropathic pain. VR systems are used by his team to promote reorganization of central nervous system circuits. 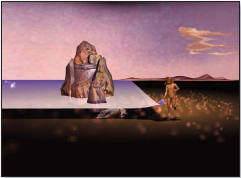 In upcoming years, publications will be released and presentations in scientific meetings will be held showing the results of these projects, leading Spain to a point of major development in the context of applications of VR to treat acute and chronic pain.

← C&R in Romania
Japan: Leading the Way in Elderly Care with Rehabilitation Robots →
Scroll Up