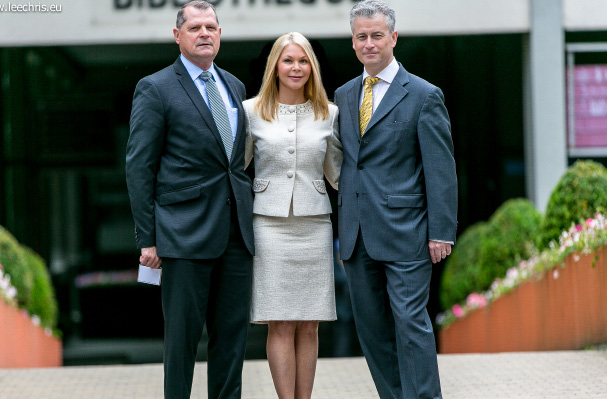 Preconference workshops included a wide array of topics including electronic health coaching, virtual reality for mental health, and the relationship between social networks and healthcare. The workshops were a great success and allowed for a lively exchange of ideas and research objectives. 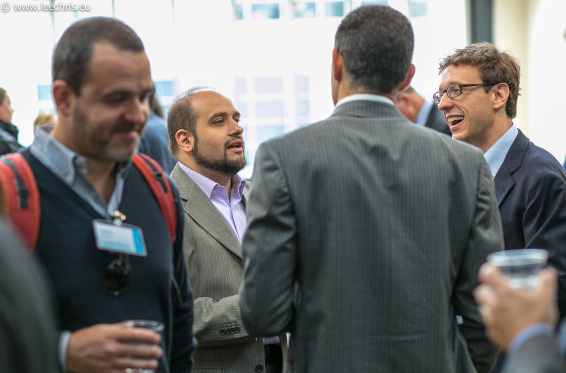 Participants networking during a break

CYPSY18’s theme, Where Healthcare & Technology Connect, examined applications of advanced technologies being used in training, therapy, rehabilitation, and education for the improvement of the quality and availability of healthcare. Adding to this, attendees talked and shared valuable information about the influence of new technologies and how they impact behavior and society through the use of positive technology, healthy ageing and well being. The conference shed light on a fairly new phenomenon in the healthcare industry – the imprint of social networking and how these platforms shape individual behavior, interpersonal relationships, and society. The last concept discussed at the conference was the introduction of new technologies and new terms. CYPSY18 studied the psychological aspects of new areas influenced by technology, such as cyberstalking. 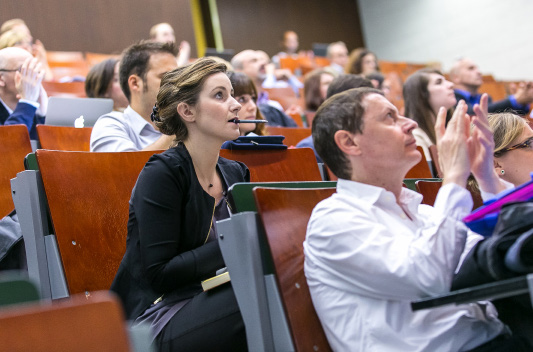 CYPSY18 attendees during a symposium

For the second year in a row the Director- General for DG CONNECT Robert Madelin gave the opening Keynote Address. He discussed “Cyber Everything in Horizon 2020”, in which he described how the program will, in the near future, generate innovation, competitiveness and funding for top level research in the European Union. 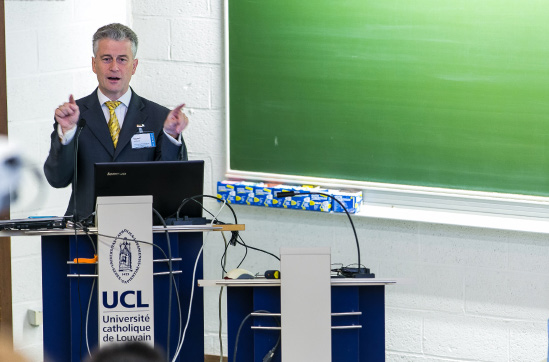 The second Keynote Speaker was Richard M. Satava, Professor Emeritus of Surgery at the University of Washington, Seattle and this year’s Lifetime Achievement Award recipient. Professor Satava spoke on “Advanced Technologies That Will Change Behaviors – Humanoid Robots, 3-D Printers, and Other Extraordinary Discoveries”, a highly interesting talk on topics surrounding the future of progressive scientific and technological methods. 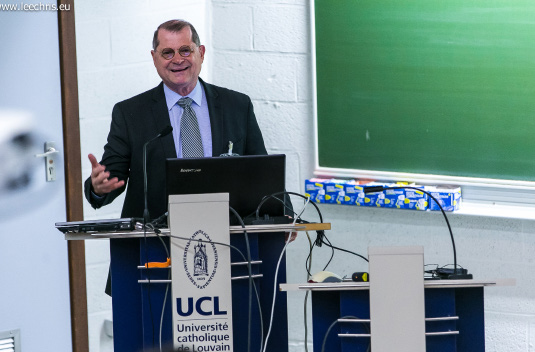 The first day concluded with a poster session and Cyberarium. This was an opportunity for scientists to share their ideas with each other and with interested spectators. This allowed developers and researchers to present their prototypes to policymakers, funding agents, and fellow researchers. This year, the EU-funded INTERSTRESS project and the Oculus Rift, an up and coming consumer-priced virtual reality headset, were among the most popular displays. 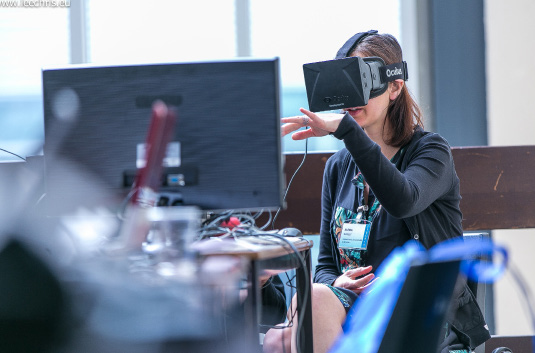 A participant using the Oculus Rift during the Cyberarium

Two Ph.D. students were presented with the Young Minds Research Award; Fillipo La Paglia and Claudia Carissoli, who presented posters entitled “Neuropsychological Assessment through NeuroVirtual Reality in OCD Patients” and “Mindfulness and New Technologies: Creating and Testing a Brief Protocol to Reduce Stress”, respectively. The New Investigator Award was given to Sungkun Cho for his work in “Body Swapping Training for Patients with CRPS Using a Virtual Body”.

Those of us at the CyberTherapy & Rehabilitation Magazine would like to give a special thanks to members of the scientific committee and all participants who were key to the conference’s success and were instrumental in generating feedback within the community. We would also like to sincerely thank the many institutions and organizations that sponsored and supported the event: European Commission, eHealth Week, Hanyang University Institute of Aging Society, International Association of CyberPsychology, Training, & Rehabilitation (iACToR), Interactive Media Institute, INTERSTRESS, ISfTeH, Istituto Auxologico Italiano, Mary Ann Libert, Inc. Publishers, National Institute on Drug Abuse, Universite du Quebec en Outaouais, Virtual Reality Medical Center (VRMC) and the Virtual Reality Medical Institute (VRMI). Finally, a very warm thanks to CYPSY18’s coordinator, Chelsie Boyd.