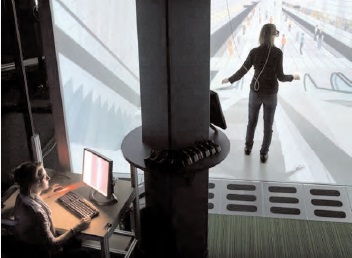 Imagine a therapy that is always successful and would hardly take any time. Instead of going to therapy once a week for months, your treatment would be completed in several weeks and you would be yourself, without your limiting fears. Recent research suggests an approach to more successful therapy outcomes. The idea is to find out whether or not it is possible to enhance therapy outcomes by giving patients a pill during exposure therapy, thus helping patients overcome anxiety during treatment. In turn this makes therapy more efficient in the long run. This idea is based on a learning paradigm wherein it is assumed that a learning process takes place during exposure. 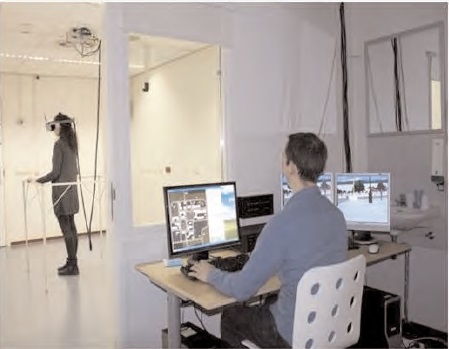 This paradigm concerns the enhancement of emotional learning by administering a cognitive enhancer as adjunct to (virtual reality) exposure therapy. This means that a patient receives a pill during exposure therapy sessions to stimulate their brains, making successful confrontation with their fears possible. The idea is to augment the emotional learning process during therapy by stimulating the noradrenergic system, which is involved in the process of emotional learning. One such cognitive enhancer is Yohimbine hydrochloride (YOH). While a number of experimental lab studies find positive effects of cognitive enhancers, results of intervention research with patients suffering from anxiety disorders have been less consistent. In a randomized controlled trial, Powers et al (2009). had claustrophobic participants undergoing exposure in vivo in combination with YOH or a non-active placebo. The YOH group showed significantly better results on anxiety improvement than the placebo group. This indicated that administering a pill during exposure therapy might indeed improve the therapy outcome. A more recent study consisted of participants with a fear of flying. They were treated with virtual reality exposure therapy and no additional benefits of YOH were demonstrated. Patients received four sessions of virtual reality exposure therapy for fear of flying, consisting of two virtual flights in each exposure session. Compared with patients who received the same therapy but a non-active placebo pill, patients who received YOH did not show better therapy outcomes. This was contrary to the expectation as the dosage was almost the same from another study. One possible alternative explanation would be that the effects of a cognitive enhancer as YOH are so small that the powerful instrument of exposure has overruled them. Results of research into cognitive enhancers have yielded diverse results. Generally we can say that the success of such pharmacological agents is based on the interaction with the mechanism of the psychological intervention (Vervliet, 2008). But as suggested by Powers et al (2009), the attribution of an additional medication to exposure therapy can play a crucial role. Therefore it is important to take into account the attribution of the patients themselves. To sum up, there has been extensive research into the learning paradigm with cognitive enhancers which has been used with non-anxious participants. In clinical research this does not provide us with sufficient information about the disorder and its treatment possibilities. One important instrument for translating this research in the future is virtual reality exposure therapy. It can provide an excellent research environment to further investigate treatment mechanisms and theoretical paradigms. Extensive and detailed standardization within this treatment can provide us with valuable information about therapeutical processes and its implications in clinical populations.