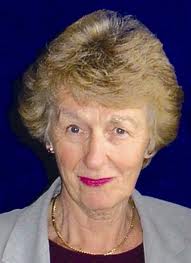 Brenda K. Wiederhold: As the president of the European Brain Council, as well as past President of the European Federation of Neurological Associations and consultant to the World of Heath Organization, you have a strong history of supporting the advancement of healthcare research. Can you please discuss how you became interested in this area?

Mary Baker: Once I left university I became a social worker working in a hospital in London. I was always intrigued how patients who have the same diagnosis react very differently in their coping mechanisms and how their family reacts. When I became involved with the local patient groups again, I found a tremendous variety of reactions to the illness. Some people were determined to find a cure. Others were determined to not let it interfere with their life. And some had no regard for their medication or treatment and they would carry on as normal. I later became involved with the Parkinson’s Disease Society for the UK and became their welfare director. And again, I observed the same thing. A lot of people with the same diagnosis had completely different reactions. And then of course because of my background in sociology and political theory, I always had an understanding of health economics and I gradually learned the cost to the(British) National Health Service which was partly due to the different attitudes people had to their illness. I was concerned that there was very little done for prevention and that there was a tremendous waste in the system when some people were not taking responsibility. Neuroscientists, clinicians, psychiatrists, nurse, volunteers were working as hard as they can but there was very little interchange of information. The biggest driver for me is trying to see how we can break down barriers and how we can improve the quality of life of people living with an illness.

BKW: How would you implement a unity between patients, scientists and policymakers for the cause of brain diseases and the betterment of reducing such diseases?

MB: I have tried hard to break down the silos and bring people together across a horizontal axis. Diseases are always treated along a vertical access. Everything is focused on the disease. Take Parkinson’s for example. The disease is the glue that brings neuroscientists, psychiatrists, nurses, healthcare professionals, patients, carers and industry together. But you achieve much more if you go along the horizontal axis. When I was the Chief Executive for Parkinson’s Disease UK, we formed the European Parkinson’s Disease Association that brought together nine European countries and currently has 45 members. The first step was to bring together with the common disease; the glue. The European Commission doesn’t want to talk about a single disease. They do not want to speak about Parkinson’s because it is part of Brain Disease. So it seemed logical to bring all the brain diseases together. That was the Federation of the Neurological Associations which started to work well with the European Commission as it dealt with one organ over a disease. But that does not satisfy everyone. Now we created the European Brain Council (EBC), which​ includes patients living with neurological disorders, patients living with mental illness, neuroscientists, neurosurgery, biotech, clinicians, patients, neurologists, patients mental illness, pharmacology, biotech, health insurance and a group of MEPs who are interested in the area. It starts to bring a whole sector together all pushing for increasing money for brain re search, listening on how to deal with regulators and how you deal with the payers. The patient groups have now become a sector of society. Patients are not a group; society is what we belong to. This is a society who hap pens to be living and involved with the brain. We have progressed much further in dealing with the European Commission and we are now a consultant for DG Research and with the upcoming Horizon 2020 program. It’s like building a choir. You cannot have a choir of all sopranos. With one​ voice, you will get a lot further.

BKW: How can we ensure brain research receives the attention and financial support it deserves?

MB: This is where we have to collect the data as no one fully understands the costs of the disease. The World Health Organization and the United Nations has designated four diseases to receive the top priority: cancer, cardiovascular, COPD and diabetes. But there is no mention of the brain. But brain should be running the management of those four diseases. How can I prevent this? Should I do some re habilitation? When should I take my medication? The brain was totally left out. The EBC gathered data in 2004 and again in 2010 data and launched its results in the European Parliament in October 2011. The cost of brain diseases across Europe is just under 800 billion Euros. This is more than cancer, diabetes and cardiovascular diseases combined. This is because those diseases kill whereas brain dis eases go on and on. I have tried to argue that the organizations measure the importance of illness by death rate but this totally leaves out the costs of the illnesses and by far the biggest drain of resources is the brain diseases. I am not arguing that they are more important but that they are more costly. If you don’t attend to these costs, they will drain resources from everything else. The cost of death is 0 but what is the cost of 30 years living with Parkinson’s and other longterm illnesses?

BKW: For those who have suffered a brain injury, what isn’t currently being done that needs to be done?

MB: Prevention. Why are we not taking care of the brain? Why are children still on bicycles without helmets? Why are we neglectful of the impact on alcohol on brain? Why are the universities, who are treasuring our brightest who may one day be come our neuroscientists, encouraging students with Fresher’s week where they drink and drink and drink? We don’t do enough about prevention. It all relates to social behavior. We know alcohol is harmful and statistics show that it is responsible for 10% of road accidents and 25% of murders. We need to raise awareness amongst society of the importance of adopting healthy lifestyles.

BKW: Do you have any predictions on new trends for healthcare and technology for the next decade?

MB: Data analysis used to take forever and now there is technology where it can be used so swiftly. DNA sequencing, for example, used to take a very long time but now it has been made much faster because of technology. Technology will help us have a better understanding of the organs which will help speed the progress of health care.

MB: Don’t believe however clever you are that one specialty or person has the definitive answer. If we come together, share ideas and be willing to break barriers with the confidence of other disciplines, we will start to move forward.