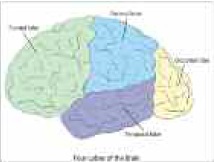 One of the most active areas of scientific, clinical, and general consumer interest is the human brain and methods or behaviors to maximize and maintain brain health. Surveys by the American Society on Aging have indicated that memory loss is one of the leading concerns for the baby boom generation, many of whom are now serving as caregivers for a parent with Alzheimer’s disease (AD) or related dementia. Indeed, there are approximately five million Americans suffering from AD today with another five million at risk and this number will balloon to 15 million by the middle of this century. We have no cure for AD and no cure for any type of dementia at this time. Our treatments are reactive and symptom-based, offering some help to those who begin such medication- based treatments early in the course of their progressive dementia. As with nearly all diseases, AD and related dementias are not really a disorder of late life. Rather, they most likely begin to invade the brain or other parts of the body depending on the type of disease process very early in life. We must begin to think about disease as a proactive and often lifelong process. This conceptual framework for disease then demands a proactive and lifelong pursuit of health promotion.

Donald Hebb wrote about cellular plasticity and learning in the early to middle 1900’s and his work remains pioneering. He was among the first to champion the idea that environment can affect the structure of a cell and thereby produce learning. Plasticity in this sense refers to a brain that is highly dynamic, constantly reorganizing, and malleable, capable of being shaped by environmental input. There is no special or critical period for this shaping as the environmentbrain interaction can occur at any age across the lifespan.

The 1950’s found continued evidence for neural plasticity in the animal model as rodents exposed to an enriched environment were found to have a larger cortex, more synaptic connections, and even new brain cells (neurogenesis) in their hippocampus as measured at autopsy. This was in comparison to rodents raised in unenriched environments. These scientists, including Marion Diamond, defined the enriched environment as having other animals to interact with, having a running wheel to exercise, and having toys to play with. These three factors were not present in the unenriched environment. I have characterized these three factors as “socialization, physical activity, and mental stimulation” respectively. This work helped to reinforce the idea that environment shapes the structure and function of the animal brain and can help the animal brain generate new brain cells in a region critical to learning and memory.

Research has demonstrated robust support for physical exercise, mental stimulation, socialization and brain health in humans. This parallels the same finding in animal brains. In addition, humans who reduce stress and eat brain healthy foods derive additional benefit to the function and even structure of their brains. I have put together a proactive and comprehensive brain health lifestyle ™ that has been published for the general public. Our approach to health needs to be proactive and this is particularly true for the human brain. As we are now fully engaged in a technology- based environment we need to pay attention to the types and utilization of technology as one part of the environmental- brain shaping process. This is true within and outside of the medical field.

Our brains are shaped by technology and indeed, our brains shape the latest technological trends. Too much stimulation can be damaging while proper use of technology with proper content can be health promoting. This is the fine balance that is not yet a science and is most likely subjective or idiosyncratic. Children text as a primary means of communication and this behavior will likely shape their brains in different ways than their parents and grandparents who did not use such technology for such purposes. Negative and violent imagery can affect the emotional and sometimes the behavioral status of the human brain. The critical issue for medicine and for health is “what are the types of environmental shaping that can best promote the health of the human brain?”

Neural Energies for Health of the Human Brain

As the human brain is the single greatest and most complicated system ever designed it is safe to presume we do not yet understand its full potential. The brain is a chemical and electrical source of energy that can be tapped. Neural Energies refers to the energy of the human brain being used to affect matter within and external to the human body. This is perhaps the most salient example of “CyberTherapy” as it does not entail any external or internal human-based instrumentation. It reflects a more advanced process that uses the brain’s energy to shape a particular condition towards health and to orchestrate the implementation of the body’s natural defenses against disease. The same sources of energy should also be able to shape outcomes outside of the body.

Current therapies that utilize primitive examples of neural energy include neurofeedback to help create internal homeostasis, EMDR that helps with anxiety and posttraumatic stress disorder, visualization, and even using the electrical energy of thought to transmit to computers for purposes of communication in patients who are paralyzed. This represents an entirely new arena for study and application that relies on harnessing the power of the human brain. Mental focus, visualization, telepathy, and control of internal body function represent a most advanced use of technology to health. In this case, however, the technology is the two to four pound miracle that is comprised of nearly 60% fat and demands 25% of the blood from each heartbeat, the human brain.